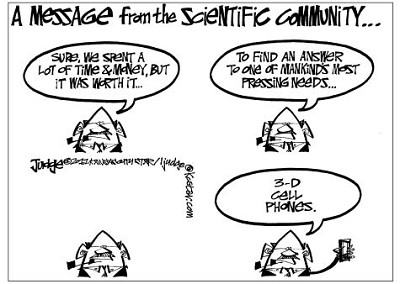 Yes, Republicans and Democrats in the General Assembly walk their party lines and exchange barbs and throw opposing votes at each other with the frequency one expects. But they are often capable of crossing the aisle to join votes too.

Particularly if they are united in ways that, depending upon the issue, cut more deeply than party labels.

Rural or urban, for example.

And this is even more important now as we look to fill the new 22nd Senate District with someone from our community of Buckingham, Cumberland or Farmville/Prince Edward.

Sometimes the greatest legislative divide has far less to do with Democrats and Republicans and everything to do with being from a rural or an urban legislative district. Where those competing interests are concerned, the fur can sometimes fly in greater abundance and with more fervent rancor.

When it is urban versus rural, Democrats and Republicans can join forces quicker than a squirrel makes up its mind to keep on crossing the road, turn back, stay put or perform a combined hari-kari version of all three.

Nor did it take 60th District House of Delegates member James Edmunds long to learn that fact.

“It's not a Democrat-Republican fight. It's a geographic fight,” the Republican told me prior to the recent redistricting. “That's the one thing that I've learned pretty quickly…You have this notion, well the Democrats and the Republicans are (going to) be fighting against each other. And I can tell you the disparities are much greater geographically-speaking than they ever…were politically because…you can see that with redistricting.”

Urban legislators, furthermore, greatly outnumber their rural counterparts and the numbers are just going become more and more problematic for rural communities such as ours because the Golden Crescent may get tarnished from time to time but the population is going to keep growing. Northern Virginia is nearly a political entity unto itself. In fact, it is.

Times have definitely changed. Gone are the days when rural legislators ruled the General Assembly. As a result, a premium is placed on electing the most effective legislators from our rural communities. There are House of Delegates districts in Northern Virginia hardly bigger than a large farm. With that much representation, urban Virginia won't be badly damaged by an ineffective legislator here or there.

If you've got more than a dozen donuts, one icing-deficient donut isn't going to spoil your coffee. But if you've got one donut and it lacks icing, dump your coffee or go back to the bakery.

The County of Fairfax, for example, is represented by more than a dozen members of the House of Delegates.

Many rural counties have one Delegate. At most, some share two.

Del. Edmunds, by the way, represents three counties, including Prince Edward, and part of a fourth-a sizable swath of Southside Virginia. That is typical of rural districts. Urban localities get a dozen legislators, we get one to share between three or four of us.

But if a rural legislator were to challenge the County of Fairfax's political interests in the General Assembly, substantial rural re-enforcements would be necessary. Fairfax, however, could call on another Northern Virginia County with as many Delegates as the Washington Redskins have starters on offense or defense. Try making a goal-line stand for rural Virginia in the General Assembly against those odds.

Which is why there must be such a premium on electing effective legislators from rural Virginia. That, of course, requires effective candidates to run for election, as it also places a demand on voters to cast their ballots effectively, not solely based on political party but taking into consideration the shades of nuance in the candidates' qualities. Can one live, for example, with an ineffective candidate simply because he or she is from the party you most prefer? Or would it be best to put the more effective rural candidate into the General Assembly?

If there are two dynamic candidates, go ahead and vote for your party choice. But if one is head and shoulders above the other then we better serve our rural communities by counting Republican and Democrat as secondary considerations.

Democrats and Republicans come and go in the halls of power at the Capitol. In any given year, one or the other has the ascendancy in the House, the Senate or the Governor's mansion.

Rural versus urban will never change.

Rural legislators need to be united and, like water, find every crack in the urban power bloc they can.

That requires the best we've got.

From each of us.

Giving our best also includes working with whoever wins the election, Republican or Democrat, whether we supported them or not. Only a fool refuses to take advantage of the tools at hand simply because of the brand name.

After all, the most ineffective legislator is the one whose position and skills set are never sought out by those who need them most.