Retirement Of Abbitt Underscores The Need To Elect Intelligently 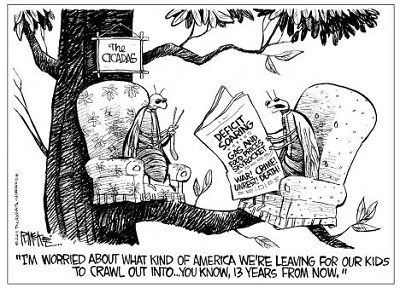 The unexpected retirement of 59th District House of Delegates member Watkins M. Abbitt, Jr., has turned an already important November General Assembly election into one that will be crucial for this area's representation in Richmond.

With no incumbent in the newly-created 22nd District in the State Senate, our area will have a freshman, or rookie, senator. No experience. No seniority.

We knew of that challenge three weeks ago after the state finished with the redistricting which brought the new district out of nothingness.

But now the same thing is going to happen for those in the 59th House of Delegates District.

Our area will have a rookie, rather than a 26-year veteran with a key spot on the House Appropriations Committee and a subcommittee chairmanship.

Rural Virginia must always elect better and smarter than urban Virginia because we have far fewer seats in the General Assembly. But it's no longer a matter of reelecting an incumbent. We've got to start all over again.

Three years ago, the picture was totally different. With the deck stacked against rural communities in the General Assembly, we at least had “face” cards in our hand.

Clarke Hogan was in the 60th District, a member of the House Appropriations Committee, a subcommittee chairman. Most importantly, Mr. Hogan was a member of the House Conference committee, one of five delegates from the House, along with six Senate members, who determine all final budget questions at the end of the legislative session, reconciling differences between the Senate and House versions of the state budget and deciding what stays and what goes-and also what comes from out of nowhere and makes it into the budget in the bottom of the ninth inning.

That was a huge amount of influence over the state budget, and Mr. Hogan had the ear of House Speaker William Howell, so much so that even some of his fellow Republican House members were jealous.

And then there was Del. Abbitt and his 26 years of experience, learning the inside political game to the point where he had a huge amount to do-the pivotal role, in fact-with necessary funding for High Bridge Trail State Park. His presence with Mr. Hogan on the House Appropriations Committee gave us a powerful voice on that money committee and with both of them chairing subcommittees, and paired up on six-member subcommittees, the duo could influence the legislative process in a way we will only be able to dream about for too many years.

In three short years, all of that has changed. Mr. Hogan retired, very unexpectedly, citing the need to attend to his Ontario Hardwood business near Keysville after the economy went on recess. We lost our Senate District and senator, Sen. Frank Ruff, through this spring's redistricting. And now Del. Abbitt is heading off into retirement.

Trusted lieutenant of the House Speaker.

So we are starting over.

We must, therefore, nominate and elect the very best possible candidates to serve us in the House and Senate.

Fortunately, Mr. Hogan's replacement in the 60th District, James Edmunds, shows promise and is very definitely enthusiastic and sincere about responding to the area's needs in the General Assembly. Contact him. Give him a chance. My personal experiences with Del. Edmunds have been uniformly positive. Yes, Del. Edmunds has just one term under his belt and Del. Abbitt will tell you quite frankly that it takes two or three years simply to learn the legislative process in Richmond. But at least we have a willing learner.

And Tommy Wright, of Lunenburg, in the 61st District now has Cumberland in that House of Delegates district and brings his experience to bear. But we had Del. Wright before, in addition to all that we have lost through the departures of Mr. Hogan, Del. Abbitt and our Senate District.

There is no net gain, just a net loss. Our net is filled with holes.

So when we nominate our candidates this spring and summer and elect in November, we must put our strength behind political newcomers who can grow wise quickly in Richmond in the face of urban superiority in numbers.

A net with holes can be used to catch more than fish.