FARMVILLE – Police Chief Doug Mooney believes the department is making significant strides toward accreditation, implementing policies and procedures, establishing a strong chain of command, and forging an effective relationship of trust with the community.

The progress is not occurring in a vacuum but in response to cited needs.

An organizational assessment of the Farmville Police Department authorized by Town Council and presented in May of 2009 concluded the department needed more direction and community-oriented policing.

Mooney embraced both of those findings when he arrived as chief in January of 2010.

In the last 16 months since he became chief, Mooney believes “one of the very important things that we've done is the accreditation process.

“And we've come quite a ways in this,” Chief Mooney said during a recent interview. “Usually it takes a period of years, three to four years for most departments. We've been in the accreditation process now about 14 months and we're probably looking at somewhere within the next 12 months before we enter the stage where they come and evaluate us and we pass accreditation.”

In the executive summary of the 2009 police department assessment, retired Chapel Hill, North Carolina Police Chief, Gregg E. Jarvies, wrote that “despite the best intentions of many of the agency's employees, the Farmville Police Department lacks sufficient and critically needed direction, guidance and accountability. The agency does not have a mission statement or values statement for direction.”

Jarvies wrote two years ago that the department “operates under a haphazard system of command and control without structure or consistency. Policies and procedures are antiquated. Organizational systems are more informal than formal.”

Jarvies concluded in 2009 that “there are no formal outreach efforts to the community…Community policing is not a priority in the Farmville Police Department.”

Two years later, it certainly is a priority.

“We had that self-evaluation done two years ago,” Town Manager Gerald Spates said Thursday regarding Jarvies' assessment, “and I think we've addressed everything. What were weaknesses are now strengths.”

Spates said the rapid steps toward accreditation “have put us in a better light with everybody. I'm proud of what Doug's done.”

One of the first things the department did after Mooney arrived as Police Chief in January of 2010, coming from Chesterfield County, was re-write the policy manual, “from the ground up,” as the police chief describes it.

“The officers and supervisors have a clear understanding and guideline of what to do and how to do it,” Chief Mooney said.

The manual corresponds to accreditation standards so that the Farmville Police Department is doing the same thing here as police departments are doing that are accredited in other parts of the state.

“And those standards are the same throughout the country. So we shouldn't be doing things any different here than anywhere you go in the United States, except for Virginia laws that may be different,” he said, explaining, “that's been a very important thing-to get the structure.”

A great deal of responsibility has been placed on the supervisors, in addition to trying to have a supervisory officer working 24 hours a day, which the department had not had, he said.

Chief Mooney had nothing but praise for the police department's personnel.

In evaluating the department upon his arrival a year and a half ago, Chief Mooney saw it had something in common with many police departments across the country.

“I thought we could, as most police departments could improve on, is getting into the community more,” he said, “getting more face-to-face time with people in a non-confrontational or enforcement setting. And we've been able to do that.”

The police chief had a clear idea of how the community connection could be strengthened and was effusive in his praise of Farmville Police Detective Chris Moss, who spearheads community involvement for the department.

“I told him the things I wanted to see us doing,” Chief Mooney said, “and he is doing wonders with it.”

The department is become ubiquitous, turning up everywhere-a booth at the Heart of Virginia Festival, all over the town during National Night Out, creating new Neighborhood Watch programs, holding a cook-out on Virginia Street, to name a few.

That face time, he believes, citing the Virginia Street cook-out which saw a fire hydrant turned on for wet, cool fun on an oppressively hot July night, does much to build trust.

Such interaction helps residents, he said, “realize that we're not as bad as what they think and there were a lot of children there and they had time to talk to police officers…”

When the police chief talks about strengthening community connections, he's looking across all of Farmville.

“It's not one neighborhood we need to get into. It's all of them,” he said.

Trust between the police force and community is vital and it has a positive impact on law enforcement.

“The trust issue is extremely important,” Chief Mooney said. “If people don't see us and feel like they can come to us and talk to us, just in day-to-day things, if they don't see us walking down their streets or riding a bicycle or driving by in a car and they can't wave and then stop and talk to us, when we have something important happening they're also not going to talk to us then either-when we're investigating a shooting or narcotics distribution in the neighborhood. They're not going to trust us and come to us with information.

“But if they know that we do care about things and we're going to do something about it I think they'll feel more comfortable,” he said, before detailing a case in point.

The department received a phone call, he said, telling police “somebody's dealing drugs, dealing dope on the street. And we went up there. They were dealing dope. We got them.

And the person (who had called) said, they indicated later, that was a surprise, they'd never seen that before.

The department is also benefiting from a shift change and a stronger chain of command that empowers officers to make decisions to best deal with law enforcement situations.

Chief Mooney involved the entire department in assessing what shift change would be best for Farmville's police force.

“I wanted the committee to consider eight, nine, 10 or 12-hour schedules or anything else they came up with,” he said, “and I gave them the issues that I wanted them to take care of. Quality of life is number one. If the officers aren't happy then the productivity drops, and everybody suffers.

“Second, and it's a very close second, I think it goes hand in hand, is supervisory accountability. Their ability to observe the officers to make sure things are being done right. You can have all the policies in place you want,” he noted, “but if they're not following them properly it does no good. So you need to have supervisors in place that can see what's going on…”

The department chose the 12-hour schedule, which was implemented this month.“The schedule is more efficient,” he said. “With the same amount of manpower we're going to have one more officer (on duty) at least. Probably on most days it's going to be more than one additional officer.”

Chief Mooney was fully vetted on Jarvies' 2009 department assessment before he accepted the job of police chief. He knew the challenges and he believes they have been, and are being, effectively addressed.

“It's a process that's not an overnight process,” he said of the changes being implemented. A process that is producing results.

Referring back to chain of command and empowering the officers, Chief Mooney said members of the force are encouraged to make a decision, “even if it's not completely right. If they use common sense and they make a decision they're much better off than if nobody makes any decision and then things just kind of flounder. And I think they realize that.”

Creating that atmosphere of responsibility is vital to the present department but also to the development of its leaders in the future.

“The people they're supervising are going to be our sergeants of tomorrow, lieutenants, captains, chiefs. There's no reason why-we have good people here and we can develop them for future roles,” Chief Mooney said.

Accreditation, again, will play a key role and the accreditation process has already begun to create positive results.

With clear policies, procedures and guidelines for how to handle situations, Farmville police officers can provide, and the community receive, a consistent response, regardless of which officer is handling any given situation. But the policies empower, they are not meant to straitjacket the police force.

“That is important. And we can personalize that…Our policies have everything we need for accreditation but we didn't copy from other departments,” Chief Mooney explained. “We had the basis for the policies…We made the policies ours. This is how we do things in Farmville. This is what we're required to do but this is what we're expected to do in Farmville because a small town is different than a large city or a county, so you have to make it yours. And we've done that.”

The policies are reviewed yearly and adjusted as needed. There is a team effort.

Spates said the cooperation from the department's officers “was critical” to Mooney's efforts to address the needs cited in the 2009 assessment. “All the officers have bought in.”

Police Lieutenant Andy Ellington said he sees Chief Mooney “taking us in an entirely different direction…taking us to higher standards.”

There is, Ellington said, “a lot more accountability and responsibilities. We're moving in the right direction.”

With the new policies and guidelines, he observed, “everything is spelled out. You know exactly what to expect…What you can and can't do.”

All of those things “lead to a better police officer and a stronger police department,” Ellington said.

Hired in November of 2009, arriving on the job in January of 2010, Mooney is very happy with the police department and the community the department is paid to protect through law enforcement.

“Everything is working out,” he concluded, “very well.” 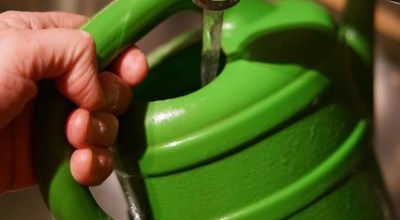