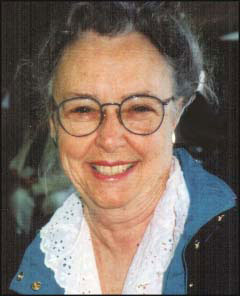 TEXAS, May 10 – After a long and full life, Carleton Ellis Cunningham, 94, died on Monday, April 18, 2011 in Austin, Texas. She had moved to Austin from Blackstone where she had lived for 63 years. She married Walker Newton Cunningham, of Pamplin, in 1946 when they moved to Blackstone. She served as the Minister of Music at the Blackstone Presbyterian Church for 30 years and then for 33 years after retirement assisted with the music program as pianist and accompanist every Sunday until she moved to Austin in September of 2009. She taught piano in her home for years and was a loved and admired local musician.

A memorial service to celebrate her life will be held at the Blackstone Presbyterian Church in Blackstone at 11 a.m. Saturday, August 13, followed by a graveside service where she will be laid to rest next to her husband Newton Cunningham.

Contributions in her memory may be made to the Blackstone Presbyterian Church, 301 Church Street, Blackstone, Virginia 23824 for the Carleton Cunningham Memorial Music Fund.