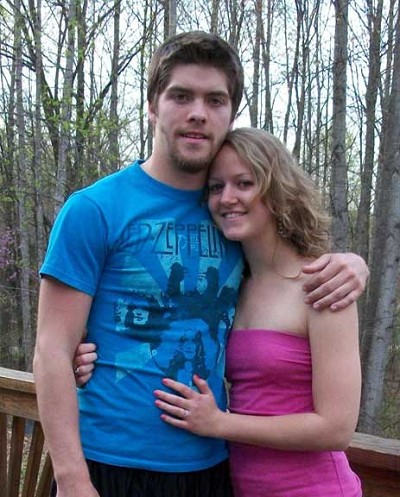 Hubert and Jessie Tipton, of Curdsville, are pleased to announce the engagement of their daughter, Gail Marie Tipton, to Michael Jay Swiney, son of Shelia Swiney, of Outer Banks, NC, and Michael Swiney, of Dillwyn.

Gail graduated from Buckingham County High School in 2007 and will be graduating from James Madison University in May. She is the granddaughter of the late John W. and Alise Vaughan, of Burkeville, and the late Louis and Orla Tipton, of Curdsville.

Michael graduated from Buckingham County High School in 2007 and is an airman of the United States Air Force currently stationed in Suffolk, England. He is the grandson of Woodrow Swiney and Iva Howk and Jim Davis and Sharon Mueller.

A July wedding is planned.