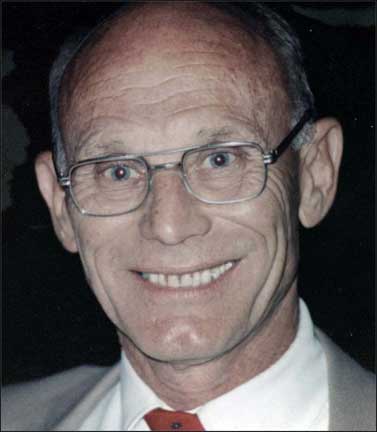 APRIL 28 – Ralph Perry Hines, 75, of Farmville, passed away Wednesday, April 27, 2011 in Richmond. He was born in Halifax on September 21, 1935 to Joseph Adolphus Hines and Lilly Jennings Hines. Mr. Hines graduated from Worsham High School where he served as Class President prior to earning a BS in Civil Engineering from Virginia Tech in 1959, where he served as Student Senator. He became a licensed Professional Land Surveyor in 1962 prior to starting Ralph P. Hines & Associates (now Maxey-Hines & Associates) and then later became a licensed Professional Engineer. He held both surveying and engineering licenses in VA and NC.

Mr. Hines was a highly successful businessperson, entrepreneur, and farmer. He is known for his mentoring and encouraging fellow central Virginians to become licensed professionals and business owners. He was involved in numerous professional and community service organizations including the Virginia Association of Surveyors, founding member of the Farmville Ruritan Club, and Lions Club. He was a member of Mount Pleasant UMC prior to joining Pisgah Baptist Church, where he served as a long time Deacon. Mr. Hines served as a Board Member of the Prince Edward School Foundation and Central Fidelity Bank as well as a Trustee for Hampden-Sydney College. He served as president of the Farmville Area Development Corporation where he was selected as the 1982 Southern Industrial Development Corporation Volunteer of the Year for his work on key industrial and municipal projects in the community.

Funeral services will be held at Pisgah Baptist Church at 2 p.m., Sunday, May 1, with interment to follow at Trinity Memorial Gardens.

Memorial contributions may be made to the Ralph P. Hines Scholarship Fund at Hampden-Sydney or to the christian organization of your choice.