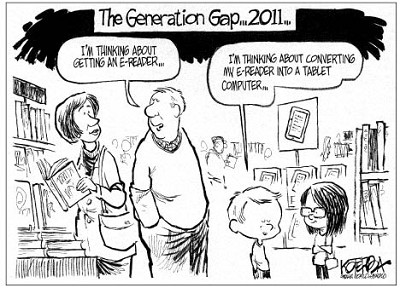 Saturday marks the 60th anniversary of the historic student strike at Robert Russa Moton High School, and therefore the 60th birthday of the civil rights movement, born at that high school on that April 23, 1951 day in Farmville.

Light a candle, rather than observing the typical birthday tradition of blowing candles out, because we commemorate what is the continuing journey of light and enlightenment.

An historic event, yes, and one that inspired the Virginia Civil Rights Memorial which stands in Capitol Square, but an event whose Prince Edward County-born history rippled out across America and continues being written and lived out in us all today, 60 years later.

This is a journey that is not over. A journey that really cannot ever end because once our individual and collective lights cease their forward movement what remains ahead is darkness. We cannot let future generations wait in vain for our light. The future needs our light just as much as the present does, just as we needed the light that others who came before us brought to this day.

Separate, in fact, is inherently unequal because of the way it attempts to impose its definition upon those being separated.

But this is a story of light, not a tale of darkness. A story with lessons for today, among which is the continuing need to desegregate ourselves from all the many things that we allow-sometimes encouraging them through our own actions or through our own lack of action-to separate us from one another as human beings.

Often, our acts of separation and segregation are unconsciously committed, unintentional with unintended results. But they nevertheless segregate and harm others just as if we had carefully plotted and planned them.

This process of sorting and categorizing people can begin so innocently. Our human mind immediately recognizes differences in those around us.

It's a mental reflex action. You can't stop that sort of thing from happening.

The trouble starts when we begin to make value judgments based on the differences we see. That slope can be self-righteously slippery.

And those who don't.

And those who don't.

Those who are richer.

Those who are poorer.

Those whose lives are for better.

Those whose lives are for worse.

And those in health.

All of those people are human beings.

All of those human beings-all of us-are loved by God to a depth we cannot begin to appreciate, though a sip gives a taste of the well and the well has ripples from the sea.

We are not separate.

We are equal in every way that has any genuine meaning.

Sixty years ago, Barbara Rose Johns and her classmates took the first steps toward a more united United States. They had the nerve to believe in America. They could have looked at the word “believe” and seen nothing but the word “lie” at its center. Instead, they saw the truth and helped that truth to come true.

May we have that same nerve.

May we desegregate ourselves from that place inside us where we ever so gently slam a door in the face others.

A door that is not really ours to close.

A door that is not an entranceway into our own home but is the threshold where others, through our compassion, might find the love of God.

What kind of resurrection are we going to have?

And what kind of resurrection are we going to recognize in others?

What kind of resurrection are we going to share together, journeying our lights into the darkness?

When we segregate ourselves from others we thereby segregate all of us from the full measure of love God wants us to receive through our companionship, our fellowship here on Earth.

Love one another, Jesus said-love your neighbors as yourselves.

The place in our heart that we have closed to others is also shut by us to that part of God's love.

This is no less a universal truth now than it was sixty years ago.