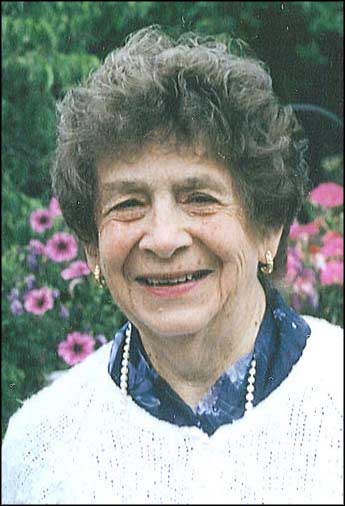 She was born on Easter Sunday, April 4, 1926, in Cumberland County, a daughter of the late Willis Anderson Varner and Nannie Mabel Allen Varner. She was one of ten children raised on a farm where she developed a love of the land and all things living which continued up until her death.

Mrs. Gordon graduated in 1947 from State Teacher's College, now Longwood University and began her teaching career in Bedford. She began at Montvale H.S, moved to Bedford H.S. and finished her career at Liberty H.S. Her role as an educator did not end in the classroom. She taught life skills as well and nurtured all of her students as if they were her own.

As a young woman she enjoyed many activities, especially basketball. It was at that time that she met Buddy Gordon. They married in 1951. Mr. and Mrs. Gordon were the proud parents of three children. She treasured her family and instilled in them her strong sense of morals and values. Her grandchildren were the highlight of her life. She treated each one equally and was each one's biggest fan. She had a deep love for her extended family which included her many friends, neighbors and her church friends at Bedford Baptist Church where she was a member.

She is survived by three children, Robin Stowell and husband, Mark and their children, Cynthia, Justin and Ashley; Barry Gordon and wife, Terri and their children, Hunter and Allie; and Laura Baudendistel and husband, Jay and their children, Peter, Caitlin, Audrey, Gretchen and Ava; a beloved sister, Aurelia Hazlegrove; brothers, John and Lawrence (Buck) Varner; sister in-law, Patrica Recknor, husband, Carl, and many nieces and nephews. She was also preceded in death by her husband and best friend, Frank H. “Buddy” Gordon Jr., as well as brothers, Herbert, Herman, Harold and Willis, Robert Claude and Allen Ford Varner.