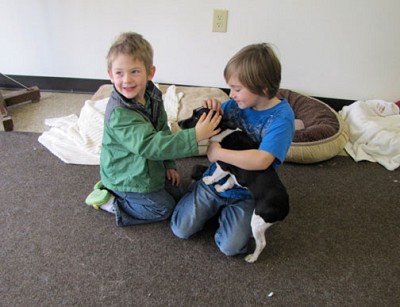 On Feb. 18, the Kindergarten class at New Life Christian Academy took a field trip to the Southside SPCA in Meherrin. They took items they had collected and money earned from their Valentine's Day bake sale. They were treated to cookies, drinks, and playtime with the animals. Last year the K5 class adopted a pet from the SPCA through their PAWS program. Since that time the K5 class has worked hard each month to send money/goods. Since August the K5 class has raised $390 and collected goods to show their thanks and support.