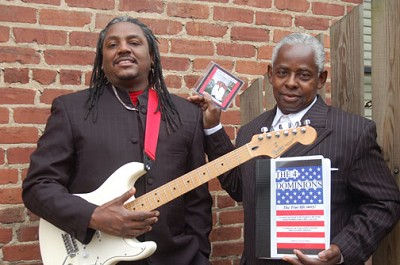 George Holman, (right) author and song-writer, of Farmville, recently released his second CD with Tyrone Winfield, (left) originally from New Orleans. Winfield has worked with such celebrities as B.B. King and has his own record-ing studio, TAM Productions in Farmville. Spiri-tual Utterances includes ten songs written by Holman and performed by Holman and Winfield. Selections from the CD are being played on seven radio stations, including WFLO. It is avail-able by calling 392-9186. Holman will also re-lease a book, The Four Dominions, in May. It includes “an historical account of what God said from Adam to Obama.”