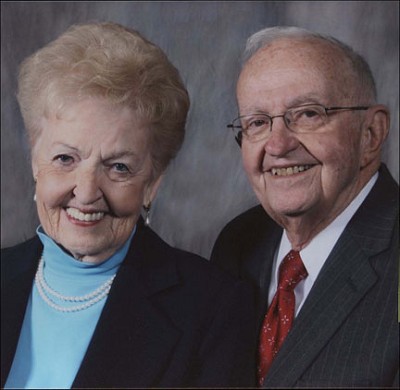 March 17 marks the 60th wedding anniversary of Jane and Bill Clark, of Farmville. The happy couple were married March 17, 1951, at Cumberland Presbyterian Church in Farmville. They have lived a life of love and commitment to their family, friends, church and community. The Clark's three children, their spouses and grandchildren helped them celebrate on Saturday, March 19, at Maxine's Restaurant. Family and friends extend congratula-tions and best wishes in celebration of their diamond wedding anniversary.