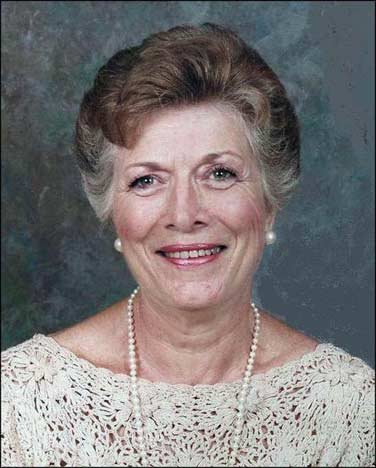 MARTINSVILLE, Dec. 2 – Elsie Thompson Burger, 85, formerly of Farmville, died Tuesday, November 30, 2010, at King's Grant in Martinsville, where she resided. Born October 2, 1925, in Boydton, she was the daughter of the late Mary Elizabeth Rogers and Henry Hamilton Thompson. She was also preceded in death by her husband, Robert Ballard Burger Sr., her daughter, Elizabeth Hamilton Burger, and brothers, Raymond Lloyd Thompson and Maynard Hamilton Thompson.

She was a graduate of Farmville State Teachers College, now Longwood University, an Assistant Librarian for many years at Longwood, and was a member of the Farmville Women's Club, the DAR, and the Prince Edward County Social Services Board. She was a longtime member of Farmville Baptist Church, and joined Pocahontas Bassett Baptist Church when moving to the Martinsville area in 2001.

A memorial service will be held Saturday, December 4, in Victory Chapel at King's Grant in Martinsville.

The graveside service will be held at 2 p.m. Sunday, December 5, in Westview Cemetery. The family will visit with friends from 3 to 5 p.m. at the Longwood Bed and Breakfast.

Arrangements are by Collin-McKee-Stone Funeral Home, Bassett, where online condolences can be made at www.collinsmckeestonebassett.com.