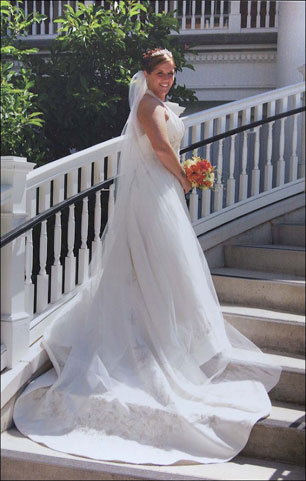 The bride wore an ivory/silver-gold halter satin gown with cathedral train accented with Swarovski crystals, embroidery and beading. She wore her mother's veil.

The maid of honor was Heather Blackwood; matron of honor was Candi Mahan, sister of the groom. Bridesmaids were Lauren Walls, niece of the groom, and Amanda Childers, cousin of the bride. Miss Bree Bappert was flower girl.