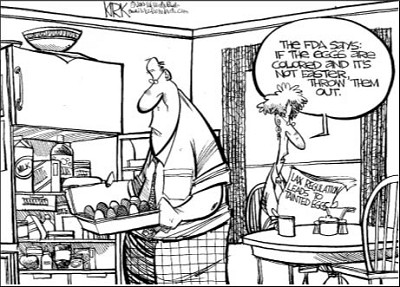 Let's All Get Stewed Together And Vote Tuesday For The Fifth

Election Day is next Tuesday.

All of us, by now, must certainly know which candidate is going to receive our vote in the Fifth Congressional District.

The contrasts between the two leading candidates, Rep. Tom Perriello and State Senator Robert Hurt, are as clearly defined as a mountain ridge against a dawn-filled sky, but not because one is darkness and one is light. The election is between patriotic and Christian men with differing philosophies of government who share a common interest in public service. Each is applauded for offering themselves in the service of the Fifth District, which is comprised of all kinds of different people who also have a variety of tastes and preferences of government.

Whoever wins will inevitably disappoint nearly half of the residents in the rambling Fifth District during their two-year term. That is a given. And when things are about 50-50, as it was after the election two years ago, the man elected to congress is going to feel justified in voting his own conscience on an issue if the district seems fairly evenly divided on the subject. Fair enough.

The truth is we're a genuine slice of America in the Fifth District, a great big Brunswick stew of beliefs and philosophies and inclinations.

If the election winner represents the carrots then the potatoes are going to be angry and call him a no-good so-and-so.

If the triumphant candidate casts ballots in accordance with the celery then the chicken gets ticked and starts shouting about the downfall of civilization as they know it, forgetting that others know civilization from a slightly different point of view.

And what about the lima beans, peas and okra?

Not to mention the tomatoes, corn and ground red pepper.

Me, me, me-that's what all the ingredients are shouting

Us, us, us-they clamor, forgetting that “them” are also constituents.

If the election is close and the winner collects 52 or 53 percent of the vote, or less, that is still nearly half of the electorate which will be upset and likely to complain about how they're being represented. Whatever the percentage, a huge group of people are likely to feel unrepresented after the election.

And make no mistake, whoever wins is going to vote in accordance with their political party the vast majority of the time. That is a political reality.

So, to the winner next Tuesday, I say 'Good luck' because he's going to need it.

As for me, I am eagerly waiting to cast my ballot, which is always the case. I love to vote. Again, the candidates are good men. I have met both Rep. Tom Perriello and State Senator Robert Hurt more than once and I like both of them. They are both Christians. They are both American patriots. And I do know who is going to get my vote. There is no doubt in my mind that I will be voting for someone who has proven he will work exceptionally hard for us all and diligently to serve the Brunswick stew that combines all of our ingredients in the Fifth District.

I can't wait for the polls to open on Tuesday. And I know many of you feel the very same way.

Many others feel the very same way about the candidate who is not my first choice, a candidate who will also work very hard in accordance with his own political philosophy.

Welcome to the stew.

Texas School Board Shuts Off Microphone Of Valedictorian

The United States Supreme Court should have agreed to hear the case of a high school valedictorian whose microphone was... read more