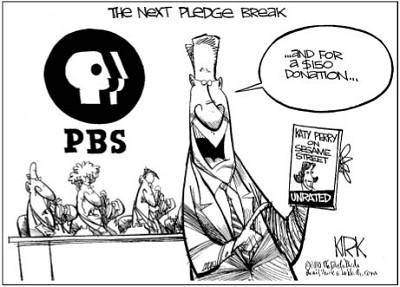 Farmville And Prince Edward Have One Last Pipeline Chance

As the resulting story on today's front page of The Farmville Herald reveals, the door isn't closed, in Mr. Spates' opinion.

Even though it had seemed to be clearly and thoroughly shut, locked and the key thrown into the back of beyond.

“I think we're open to discussing the whole water issue with the County,” Mr. Spates told us.

And would that also include the years-old, much-supported and applauded original proposal for the Town and County to jointly construct a pipeline from the Sandy River Reservoir to the Town's water treatment plant?

“I don't think that's out of the question. It would just depend on what it was going to cost,” Farmville's Town Manager said.

“The big concern I have is-I think it would be nice to have that water (from the reservoir),” Mr. Spates said, “but is the cost prohibitive for us?”

The Commonwealth of Virginia would require the Town to mix reservoir water with water from the Appomattox River, necessitating improvements, perhaps up to $10 million, at the Town's water treatment plant. “I don't know how much improvements,” Mr. Spates said.

What about the Town and County cooperating as a joint venture to pay for those upgrades and the pipeline?

“I think if we could work out a joint venture and the County somehow buy into our system and we'd serve the areas (of the county) they want to serve,” Mr. Spates stated.

He again said, “I think Town Council would be agreeable to talking with the County on the whole issue of water.”

Then dive right in while the water's fine.

The question of the pipeline construction was again asked of Mr. Spates to make certain there was no misunderstanding that, from his point of view, Town Council would be willing to discuss and consider the issue with the County again.

“Yeah, I would think they'd (Town Council) be receptive to sitting down and talking about it (the pipeline),” Mr. Spates answered without hesitation.

Music to many, many ears, including these. That has always been the best-case scenario and seemed certain to become reality before that team effort got derailed in a relation-souring snaggle.

“We'd be glad to sit down with them (the County),” the town manager said.

We'd all be glad for the Town and County to sit down, too.

And talk water one more time before it is too late.

There is still a chance to create the win-win situation for Farmville and Prince Edward that everyone seemed headed toward nearly a decade ago.

The point of view from these editorial pages for years and years has always been that the Sandy River Reservoir water needed to be secured for this community and a joint venture pipeline between the Town and County consistently drew the hardiest of endorsements.

And then that cooperative scenario fell apart and the Town and County went their separate water ways. The need to secure the reservoir's water remained, however.

The last public comments from Town Council members seemed clearly to say the pipeline was off the table, from their point of view, and nothing has been said, at least publicly, in years, the Town securing other sources to support the Appomattox River.

But the Sandy River Reservoir is the only guaranteed drought-proof water source and if there is yet a chance for Farmville and Prince Edward to do this together, then sit down now and have a genuine conversation to discuss ways and means.

And, clearly, from the Town Manager's point of view, there is yet a chance.

The reservoir's water needs to be secured for this community before it is taken by a downstream locality or group of localities. A pipeline to Farmville was always the first and best choice to secure the water and use it to best long-term effect for the community that is Farmville/Prince Edward.

If the Town and County do not meet together then the public is owed a full and complete explanation.

But, honestly, the belief here is that the Town and County will meet. Both care too much about this community to let any opportunity to do the best thing disappear like a wisp of smoke, or summer dust in the drought-blown wind.

If I close my eyes, I can still hear the clickety-clack drumming out a melodious tune on deadline mornings. It's... read more