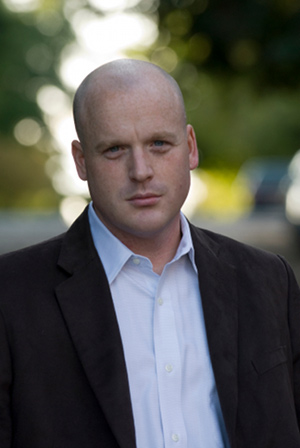 Previously, Balko was a policy analyst for the Cato Institute specializing in civil liberties issues, where he published a paper on alcohol policy and a groundbreaking study on paramilitary police raids.

Balko's work on paramilitary raids and the overuse of SWAT teams was featured by John Tierney in The New York Times, has been praised by outlets ranging from Human Events to the Daily Kos, and was cited by Supreme Court Justice Stephen Breyer's dissent in the case Hudson v. Michigan.

Balko is also credited with bringing national attention to the case of Cory Maye, a black man who prior to Balko's work was on death row in Mississippi for shooting and killing a white police officer during a raid on Maye's home. Balko's Reason feature on Maye was also cited in an opinion by the Mississippi State Supreme Court. National Journal also profiled Balko's coverage of the case. His April 2009 feature on fraudulent forensic evidence in the Louisiana murder trial of Jimmie Duncan won the Western Publications Association “Maggie” award for best news story.

He has been published in The Wall Street Journal, Playboy, Time, The Washington Post, and numerous other publications. Balko has also appeared on the BBC, CNN, CNBC, Fox News Channel, MSNBC and NPR. From 2002 until 2009 he was a columnist for FoxNews.com.

Balko publishes the personal blog, TheAgitator.com. He graduated from Indiana University in 1997 with a degree in journalism and political science.

Sponsored by The Center for Study of Political Economy as part of BB&T Moral Foundations of Capitalism Lecture Series, Balko will speak at 7:30 p.m. in Crawley Forum.