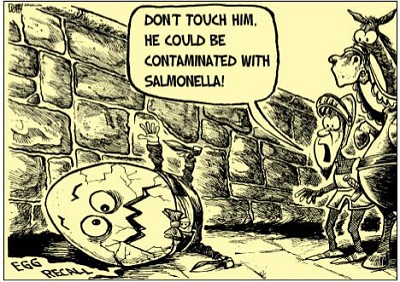 That's the shrill political baying of some who must not want a fair debate and election based on the facts. Rep. Perriello, they shout, is House Speaker Nancy Pelosi's lap dog, which they want us to incorrectly believe means she has him wrapped around her little finger.

Look, I've got a lap dog, and Tom Perriello is no lap dog.

Lap dogs rule their world and are masters of their master's domain. Liberal and conservative masters are presided over equally.

Don't take my word for it. Ask my wife about Pugsley, our pug. I am so wrapped around Pugsley's little finger that I am having difficulty reaching all of the keys to type this editorial. Ask my son. Ask my daughter. They know. I am hopeless.

Everyone with a lap dog is the same way.

We can't help it.

And reality is not what everyone wants this election to be about. Some want a few cheap phrases to rule the day. But today's slogans are tomorrow's trash littering the landscape.

Therefore, not only is the 'lap dog' label inaccurate but those spouting it don't even understand what a lap dog actually is. Their dog, or accusation, as the down-home expression so deftly puts it, don't hunt. It's bogus. It has treed itself.

The non-partisan National Journal Magazine compiled the votes of all members of the House of Representatives for 2009 and assigned separate scores for roll-call votes on what the publication describes as key economic, social and foreign-policy issues. Those scores were on Liberal versus Conservative scales.

Rep. Perriello, based on these roll-call votes in 2009, ranked as the 231st most liberal member of the House of Representatives-hardly a flaming Commie-and also as the 200th most conservative member of the House-not exactly a 'Close the Department of Education' vigilante. Rep. Perriello's liberal-conservative rankings are pretty much right in the middle of the 435-member House of Representatives between, yep, liberal and conservative.

Some “liberal” votes, yes. Some “conservative” votes, sure. And other votes without a label.

The very definition, actually, of moderate.

So perhaps Rep. Perriello is a lap dog, after all, master of his own domain as much as anybody possibly can be-incumbent or challenger-in congress where everyone, Republican or Democrat, is pushed and pulled by party leaders. Why do you think they call them House 'Whips?' Both parties have 'Whips' to whip their members into line.

Those are the facts.

Yes, of course, the election should be based upon facts.

No, this editorial is not an endorsement for the reelection of Democratic Rep. Perriello or the election of GOP State Senator Robert Hurt, or Independent candidate Jeffrey Clark.

This editorial is an endorsement for having an honest debate on real issues and an election based upon actual facts.

Two of the men running have voting records.

Praise or criticize those votes; there are plenty of them there.

Don't call Rep. Perriello a lap dog. Or, if you do, understand it is a compliment.

Now, at the risk of losing my temper-really letting it fly-and writing something I'll deeply regret…What? Oh, excuse me.

My lap dog says it's time to go.

And so I must.

CVCHC Clearly Spells The Power Of Dreams And There…