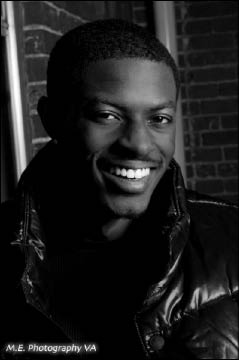 Farmville native, Jamantha Williams Watson has recently authored five books. The books, which are mostly theatre related are: Hear Me Out: Monologues For Today's Generation, Classical and Modern Monologues For Men, Classical and Modern Monologues For Women, Don't Call Us We'll Call You: Ten Audition Tips For Actors and Soul Food: Daily Inspirational Nutrition. Watson, a graduate of Prince Edward County High School, Hampton University and Virginia Commonwealth University is an Assistant Professor at Hampton University, in the Department of Fine and Performing Arts; and is a drama-therapist, who helps develop the socialization skills of students with special needs and individuals who have been deeply affected by trauma. She is completing the PhD in Education at Virginia Commonwealth University.

Watson, who has appeared in numerous theatrical, film and television productions, is finishing the novel Changing Seasons, a story about the civil war in Liberia, West Africa. Her son, Isaac D. Watson III, a student at Virginia Commonwealth University, has also recently published a book of poetry titled, Something Inside Me: 2003-2008. Isaac has also appeared in several commercials and films. An award winning spoken word artist, who has traveled the globe extensively, he manages the rap group, P.O.S.D. Currently, he is completing his second book of poetry and his first novel.

Each of the Watson's titles are available wherever books are sold. Jamantha and Isaac Watson are the daughter and grandson of Rev. James Samuel Williams Watson and Mrs. Lyllie B. Williams.